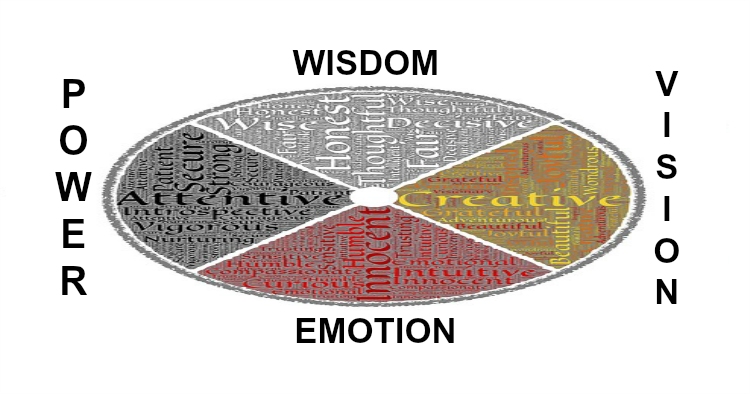 Do Spiritually Minded People Suffer More Anxiety than others? Is it because their eyes are open to a world that is in need of repair.

I recently saw a poster which read “People who are spiritually minded tend to suffer from anxiety and depression more. But this is because their eyes are open to a world that is in need of repair. They literally have an increased ability to feel the emotions of people around them.”

I loved this piece of writing and something rang so true in it. The question is, do spiritually minded people suffer more anxiety. I did some research on the subject which was so interesting. People who suffer anxiety are usually sensitive souls, people who care “too much” I think that these people are drawn to spirituality due to their sensitivity and care for others, but it doesnt follow that EVERY spiritually minded person suffers anxiety.

A story in The Telegraph newspaper made the claim that spiritual people struggle to mentally cope.  However, the question was asked, “could it be possible that the reason spiritually-minded people have more mental health issues and anxiety problems is not because something is wrong, but because they are more connected to what is happening in the world?”

A study published at the U.S. National Library of Medicine stated that social anxiety was linked to having increased empathic abilities. In other words, people who suffer from social anxiety are more in-tune with the world around them. They’re able to feel and interpret the emotions and mental states of others.

Quite amazing really as people with social anxiety tend to feel more and care more which in turn causes anxiety.

A study from Lakehead university discovered that people with anxiety scored higher on verbal intelligence tests. Another study conducted by the Interdisciplinary Centre Herzliya in Israel, found that “people with anxiety were better than others at maintaining directed focus while overcoming a primary threat as they are being bombarded by numerous other smaller threats, thereby significantly increasing their chances of survival.” This same research team found that people with anxiety have “sentinel intelligence,” or the ability to detect real threats that were not yet detectable to others (like the smell of smoke).

SUNY medical centre in New York found that people with severe cases of GAD (general anxiety disorder) had much higher IQs than those with milder cases, the theory being that “an anxious mind is a searching mind.” People with anxiety are always analyzing, assessing, formulating ideas, reflecting, and processing information. This is something nearly every person with anxiety can testify to.

To sum it up, the studies show that people who suffer from anxiety and some depressions are actually more conscious of the world around them. They have a deeper ability to feel the emotions of other people and are more in tune. These people are drawn to various forms of spirituality because they are more in tune and possess heightened senses.

It could be possible that people with social anxiety and general anxiety do not actually suffer from disorders, but rather they simply have a heightened intuition and are able to more accurately interpret people’s states or possible dangers.

“These scientific studies shine a whole new light on spirituality and social anxiety. Don’t be afraid to feel what you feel, and don’t let anyone call you crazy because of it. Perhaps what we are calling a disorder is actually a gift.”

Information in this article found at the various sites mentioned and also an article called “Social Anxiety Linked to High IQs” by AnonHQ.com

For further support and information, all my links are in one place here: http://www.linktr.ee/KarenGibbs